The brewery was founded by Luc Festjens, Kurt Meers, Stefaan Huybrechts and Erwin Duts. The first two had met in the course of the beer brewing beer and wine guild Demerdal. In December 2009 they decided to build themselves a brewery with used equipment and the company was officially launched on 25 March 2010. The microbrewery includes a filter bowl and mash tun / boiler of 800 liters. The hot water tank (1800 L), yeast tank (2200 L) and lower tank (1600 L) are recovered milk tanks. From January 2011 the brewery was operational. Later, a second wijnafvullijn were purchased in Germany and converted and bought a labeling machine in France.

The first brew Toetëlèr White has already been made in 2008 with the addition of elderflower. The name means toetëlèr popularly elder. The old wood of the elder is hollow and was once used to make whistles. In 2012, a second beer Toetëlèr Amber Triple was included in the range. 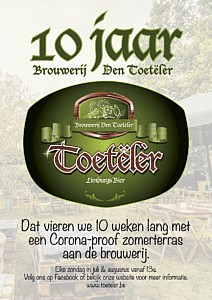 Posted on April 19, 2021 by Tom Claus10 years of Brouwerij den Toetëlèr summer barBecause our brewery celebrates its 10th anniversary this year, we will celebrate this 10 weekends in a row. . Share: ... Read More 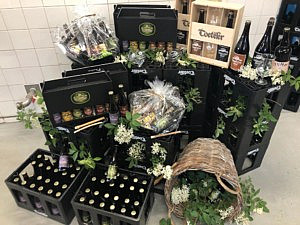 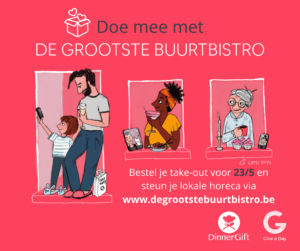 We, as Den Toëtelèr Brewery, also participate in the largest neighborhood bistro. On 23/05/2020 (from 09h00 to 19h00) you can pick up the most delicious beers in our brewery. Set your own package of six 33cl beers. together for only 9 Euro (of course you can buy several packages). You can choose from: Toëtelèr Share: ... Read More

Posted on April 5, 2018Toetelfès 2018 Written byTom Claus Posted inNews Put in your agenda Sunday July 29, 2018 because then it is again Toetëlfès! You can then enjoy the more than 20 different beers that are brewed in the brewery. This can be done in our covered tent or large summer terrace. In addition ... Read More 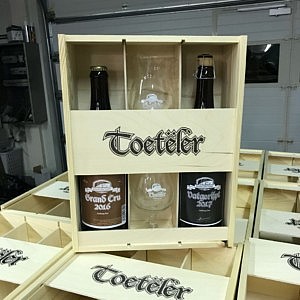 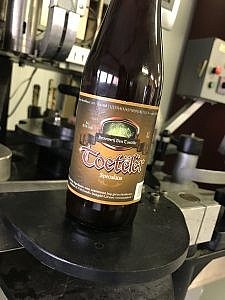 Posted on March 8, 2017New Labels Written byTom Claus Posted inNews As of today, all new Toetëlèr bottles that look like the band will look a bit different. Our label will now have a rectangular shape, as well as a barcode and contain more information. This is because the legislation on the information that must ... Read More

Posted on January 20, 2017 June 4, 2017Toetëlèber beer boxes Written byTom Claus Posted inNews For years we have been carrying around with our yellow trays. But after 5 years it was gradually time for a private Toetëlèber beer bowl. Today was the day and our new beer bins were delivered. Share: ... Read More

Posted on August 23, 2016 August 23, 20165 Years Toetëlère Written byTom Claus Posted inNews We are already five years later, yes read it right. Five years of Brouwerij De Toetëlèr and we have managed to celebrate this last Sunday in an appropriate way. What started as an adventure five years ago is still a ... Read More

Posted on August 2, 2016 June 4, 2017Construction in the Brewery Written byTom Claus Posted inNews Last year we made room for an extra hall at our brewery. This year it was time to renew our floor in the brewery. The wooden gate in front of the brewery also had to make room for a ... Read More 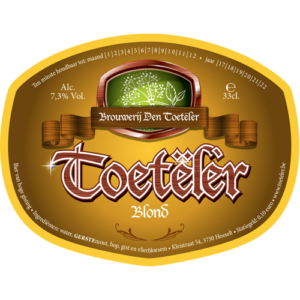