The Brasserie des Rocs (formerly known as Brasserie de l’Abbaye des Rocs) is a brewery in Montignies-sur-Roc, Belgium. Founded in 1979, the company brews ales in the traditional Belgian style. Their Triple Imperiale, a tripel without added sugars, was the Chicago Tribune‘s “Beer of the Month” in 2007. Their Blonde, a blonde ale, got first place in a test of 23 Belgian ales in The New York Times.

The Abbaye des Rocs Brewery has its roots in a little picturesque village, a true green spot in an area since populated with flourishing industries.
Brewing activities started in 1979.
Production capacity was then 50 litres every two weeks.
In 1987 the producers made a new building that could house 1500 l vats. Co-operative society formed.

In 1991 registration of brands and construction of a building for fermentation and storage of finished products.

In 1996 production is close to 1,000 hl, construction of new warehouse and installation of new brewing room able to produce 50 hl per vat. 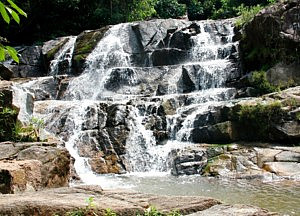