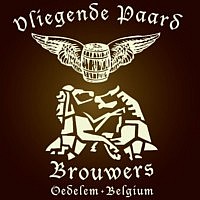 Being homebrewers for years we decided to participate in a national homebrew competition named “Brouwland Biercompetitie” who took place in April 2011. We participated with our strongest beer which is our Préaris Quadrupel (10%ABV), our version of a trappist beer. Judges were brewmasters from Brewery Dubuisson and Orval. We were crowned best craft beer (home brewed) Belgium 2011. Soon after we decided we want to sell our beers to beer lovers all over the world. Since we only have our 80L homebrew system we had to find a brewery where we could brew our beer in bigger volumes. After we visited some breweries we choose ‘Proef’Brewery to let our beer brew under license. This fully automated brewery is specifically equipped for producing beers for third parties.

We started commercially in September 2011. 3 years later our beers are available in Belgium, The Netherlands, France, Spain, Bulgaria, Norway, USA, China and Thailand.

Andy Préaris 31/07/2014 award Préaris Quadrocinno wins a bronze medal in the category coffee and chocolate beer at the Global Craft Beer Awards in Berlin! Préaris Did you like this article? Share it with your friends! Tweet Share: ... Read More

Andy Préaris 07/12/2013 Uncategorized New and limited to 2425 bottles. Préaris Grand Cru 2012 B.A. Cognac. Barrel aged for 10 months in Rémy martin Barrels. Did you like this article? Share it with your friends! Tweet Share: ... Read More

Andy Préaris 22/04/2013 Uncategorized Coming weekend (27 & 28 April) we present our newest beer on the worldfamous Zythos Beer Festival in Leuven! Préaris IPA No Hops No Glory is a delicious amber colored beer with 6 hops and a ABV of 6,7% Aroma is fruity (grapefruit, citrus). The taste is malty, hoppy and fruity ... Read More