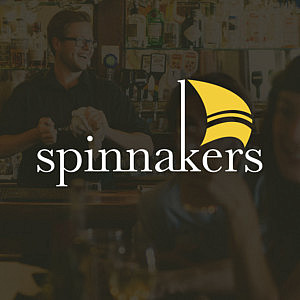 August 24, 2018 Around Spinnakers Have you ever tried a sour beer? At one time all beers were made as sours but today in local breweries, sours are a new trend that have been making a comeback on the West Coast over the past 5 years. A process that dates back to the early 1830’s. These beers are intentionally made sour through a secondary fermentation process that creates a tart, mouth puckering beer, not for the faint of heart.

These mouth puckering bevies are crafted through the addition of wild yeast into the already existing brew. Wild yeast is unpredictable and in modern brewing a strain of yeast that beer makers try to avoid because of its unpredictability. Often variants of fruits can be added with the same effect. Sours are usually placed in barrels to age anywhere from months to years.

Our barrel aged and sour program is in full swing here at Spinnakers. Brewer Matt West Patrick has taken on this initiative with ease and natural ability. He has been creating some delicious sours that are currently on tap and some new infusions that will be coming out over the next few months.

This includes our Quince Sour that is available now on tap. This blend of golden ales aged on locally foraged quince and plums harvested from our friends at Lifecycles Fruit Tree Project is a delightfully refreshing beer, that will leave you vying for more sours.

Kicking off Beer Fest weekend we will be celebrating all things sour and barrel aged on Thursday, September 6th starting at 4pm in the pub. We will be pouring our own sours and be featuring some guest taps from BC’s best breweries.  No tickets necessary.