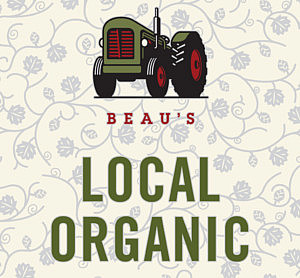 June 7, 2021(JUNE 3, 2021 – FOR IMMEDIATE RELEASE) Eastern Ontario craft brewery Beau’s has partnered with the Retired Ottawa Fire Fighters Association (ROFFA) to get a giant gift of thank-you beer to their members. ROFFA is coordinating the safe distribution of the donated beer, along with a customized card thanking each member for the gift of their time.

In addition to being a retiree hub with a highly informative website for its members, ROFFA members are also active in many charitable events in and around Ottawa. Their membership encompasses over 1,000 retired fire fighters.

The connection between Beau’s and ROFFA was serendipitous. Beau’s CEO Steve Beauchesne contacted the founders of LOVE 613, Catherine Landry and Sharon Bosley House, in April to see how Beau’s might get involved with their start-up charitable project of volunteers gifting frontline workers with locally made treats. The conversations led Beau’s to retired firefighter Bob Larochelle, ROFFA’s current Vice-President, who was quick to rally with a COVID-safe plan to receive the beer donation and get it distributed.

Larochelle adds: “These members have all helped make a difference in the life of others in one way or another, and all this on their own time. Firefighters are known for their good deeds and helping people and it does not stop at retirement. ROFFA has a very engaged membership. Our members are proud to have had the opportunity to serve and protect the residents of this great city and continue to do so.”

Beau’s CEO Steve Beauchesne is delighted to have found a new and timely way to say thanks to Ottawa’s many groups of first responders. “We have the utmost respect and gratitude for fire fighters, and the best way we know how to say thank you at Beau’s is with a tasty, cold beer. This donation reflects the feelings of the whole community towards active / retired fire fighters, who are selfless with their time and dedication.”

Beau’s has also donated beer this year to frontline workers at Hôpital Montfort in Ottawa, and the Cornwall Community Hospital, and is gearing up for a donation in June to the 2,250 employees of Élisabeth Bruyère Hospital. Donations of hand sanitizer, which Beau’s began making in 2020 through a partnership with Ottawa’s Dunrobin Distilleries, have been gratefully received by more than two dozen charities and not for profits during the pandemic.

The Retired Ottawa Firefighters Association (ROFFA) is a fraternity organization which was founded in 2009. It is comprised of more than 1,000 retired City of Ottawa Professional Firefighters.