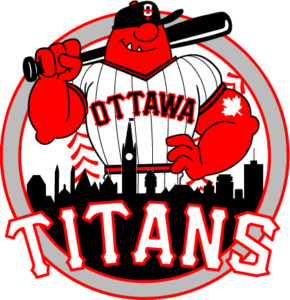 October 5, 2022Beau’s Brewing Co. has tapped a long-time favourite to step into the spotlight as its Fall/Winter seasonal for 2022/23. For the first time ever, Beau’s Nordic Pale Ale will be available in 473 ml tall cans Ontario-wide. It will be coming to LCBO and The Beer Store shelves, as well as served up on tap at select bars and restaurants throughout Ontario. It will also be flying high for the season as an in-flight beverage on Toronto’s own Porter Airlines.

Beau’s Nordic Pale Ale offers up the pure perfection of hoppy pale ale infused with a bouquet of Scandinavian botanicals. Beau’s rendition of a “Nordic” beer is unlike many others, who have used the appellation loosely to mean a beer brewed with Norwegian Kveik yeast. Beau’s Nordic Pale Ale is not a Kveik, but is instead a pale ale brewed with ingredients that grow in the northern countries of Europe: heather flower, bog myrtle and yarrow. Oats and rosehips also contribute to the uniqueness of this recipe.

“Beer has been around for thousands of years, hopyards have not. But there are other local plants that resourceful brewers can and have used over the centuries in place of hops,” notes Beau’s Co-founder Steve Beauchesne. “In Northern Europe, these include bog myrtle (also known as sweet gale), heather flowers, and yarrow, all of which feature in Beau’s Nordic Pale Ale.” He adds: “The botanicals add an evasive, ‘can’t quite put your finger on it’ character that makes this beer fun to enjoy.”

NPA’s aromas are hoppy and fruity with slight herbal notes. The taste is hoppy with malt and herbs in the background. The hop profile lingers to the finish, with a subtle rush of herb and spice complexity that rounds out each sip. An addition of oats to the malt bill adds body; the ale finishes slightly dry.

Beau’s Nordic Pale Ale will be available beginning mid-October and its season will run through Spring 2023. In addition to the places listed above, it can also be purchased from Beau’s Vankleek Hill Taproom Wednesdays through Sundays, and for consumers seeking the convenience of home beer delivery, Beau’s online store (shop.beaus.ca) ships NPA Ontario-wide.