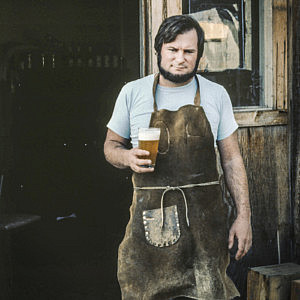 &nbsp Brewers Association Year in Review The Brewers Association put out their 2016 Year in Review for Craft Beer. There are currently 5,005 breweries in the United States! That is a historic high. Before Prohibition, the historic high was 4,131 in 1873. After that (previous) historic high, breweries started consolidating and the number of independent breweries started decreasing. (Currently AB-inBev is buying up a bunch of craft breweries– they are consolidating craft breweries into their brand and still selling them as “craft beer.” Whatever that means these days.) Then prohibition hit in 1919, which dramatically decreased the number of breweries (technically to zero, but some breweries stayed afloat by making “near beer,” ice cream, and other “tonics”).  Still, the historic low for breweries in the United States wasn’t until the 1970s! There were fewer than 100 breweries. Sad.

In the 1990s, the trend started back up and hasn’t stopped. There are still 2 breweries opening every day (statistically speaking)! We are in a time of many options… however, IPAs (India Pale Ales) are still the king of the craft beer style, representing ~25% of all craft brewery sales. Participation in home brewing competitions is at an all time high and the Smithsonian is studying the craft beer history in America. We are in an interesting point in history with craft beer in America and I’m excited to see where we go from here!

2016 Craft Beer Year in Review from the Brewers Association