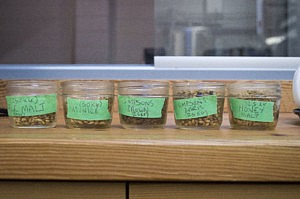 We’ve brewed 30 different beers, including our Experimental Series, since we’ve opened. We will be hosting our Year One Party on October 14th. This will be an all day event, where we will be releasing Experimental Series beers throughout the day. The fun starts at 11am!

There will be some surprises during the day so we aren’t going to announce all the beers but we will be tapping our first wet hop beer, a stout on plums, and a few other goodies. New beers will be tapped at 11am with more beers being tapped at 5pm. There will also be a growler bar exclusive that day with very limited quantities! Our brew team will be on hand all day to give brewery tours and answer all your beer questions throughout the day. Or if you just want to share a beer with them they’d gladly have a beer with you.

Don’t forget we are a brewpub so we will have some new features for the day from the kitchen too! Chef Epp and Brewer Jeff have also put together a set Cheese and Beer Flight Pairing, which will be available all day long.

Join us on October 14th to celebrate Year One of PEG Beer Co. and try some new beer! Cheers!!