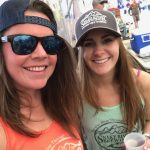 Last Thursday, January 10th Snake River Brewing released the Resilience IPA while hosting a happy hour to show our support for our local Fire/EMS teams. This IPA isn’t just any beer. 100% of the proceeds will be donated to Camp Fire & Roosevelt Fire relief efforts. We were so excited to be a part of this unique and philanthropic group effort amongst the beer community, but first let me give you a little bit of back story…

In early November the Camp Fire broke out in Northern California and as most people know, the fire was the deadliest and most destructive wildfire in the history of the California. It was devastating to watch, especially from Jackson Hole where we regularly have to battle our own wildfires. This past summer we dealt with the Roosevelt Fire which broke out in the Bondurant area. There were over 40 homes lost and at one point it was the number one wildfire priority in the nation with over 1,000 firefighters on scene.

So on November 16th, when Sierra Nevada issued a press release stating they would be brewing a beer called the “Butte County Proud Resilience IPA” and challenged the rest of the craft beer community to do the same, we knew we wanted to be involved. The idea was for other breweries around the country to brew the same beer (same recipe, same logo,etc.) and also donate the profits to go towards the Camp Fire relief fund.

The response to their challenge has taken the country by storm and has become the largest beer collaboration in industry history. The hope was for a few hundred breweries to answer their call and what they got was so much more. As of today, there have been over 1,500 breweries nationwide that have brewed the Resilience IPA and donated all their profits to this relief fund, accruing roughly 15 million dollars.

And on Thursday, Snake River Brewing got to join in on the action! While we wanted to support the Camp Fire relief fund we also wanted to support the relief effort in our own backyard of Bondurant while ALSO doing something special for our local JH Fire/EMS team. We thought pairing these two events together would make the event doubly special so we brewed  TWO batches of Resilience IPA–splitting the proceeds between the Camp Fire and Roosevelt fire.

We had a blast hosting a large group of the JH fire/EMS team, as well as the Sierra Nevada rep Mike from Boise and ESPECIALLY our new friends Mike and Denny Malloy who lost everything in the Camp Fire and just happened to be visiting Jackson during the party. Having those two there showed us again what this beer collaboration is all about!

Thank you again Sierra Nevada for the incredible idea and letting the rest of the country be a part of it!