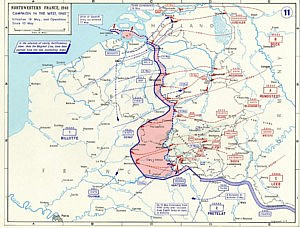 April 17, 2019 What’s that now? You’ve never heard of an Eupen lager? That’s because we just invented it. Maybe. Who knows? The point is we’ve never heard of one either and we have a bonified Belgian on our team. Eupen is the German area of eastern Belgium and this is what a lager would look like if it was born there. Excerpt from the world according to Garp Townsite Brewing.

Fun fact: the ‘battle of the bulge’ started not at the waist line but in Eupen as an actual war. The last German offensive attack at the end of World War II against American Allied Forces took place in Eupen December 1944-January 1945. It was nicknamed the Battle of the Bulge because of the way the German offensive lines bulged across maps in their last ditch attempt.

A war named after a pseudo geographical line that looks like a fat man marching across Belgium? how is Eupen lager NOT a BJCP style?

So, what defines an Eupen lager? Well, hops for sure. Peppery, floral hops. Also, bread flavours from the malts. Specifically, it is the colour. It is light, almost airy in colour. Unfiltered too because, Belgium.

This is Townsite’s first ever lager, it is the eighth beer to be named after the concrete ships that form our mills breakwater. It is unique like the region it emulates. This year local artist Carrie McKellar was chosen to design the label. You can see more of her work here.