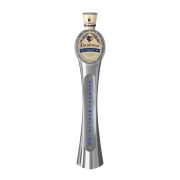 6 months ago In 2015, we celebrated the bicentenary of the most famous battle of the napoleonic era. But instead of focusing on this furious battle, let’s take a look at the story of a fine craft brewery which may even have decided the outcome of the battle of Waterloo. The Waterloo brewery is certainly much older than the battle associated with the name. It was established in Mont-Saint-Jean Farm in the Middle Ages, before passing (through marriage!) to the brasserie du Marché in Braine L’Alleud, before returning to the farm. There were no fewer than two hundred breweries in the region (often with very local production, sometimes only for the family), which consequently resulted in very tough competition. Benefiting from a double fermentation and reputed for its pure water, the quality of its malt and the mild hops used, Waterloo beer was widely recognised as an invigorating tonic, restoring the health of convalescent patients and, in 1815, inspiring the soldiers’ bravery. So it will come as no surprise that the Duke of Wellington established his quarters near to the brewery on the eve of the famous battle, allowing his men to partake generously of Mont-Saint-Jean Farm’s reserves, giving them strength and courage for the terrible battle that awaited them in the morning. Following the victory on 18 June 1815, the legend of Waterloo took root. Recently, Waterloo joined the prestigious selection of “Finest Craft Beers” by Anthony Martin, who intends to preserve this flagship beer which contributed to the reputation of Brabant as a beer-making province, and promote the art of regional microbreweries. In this way, the Group will highlight the beer’s originality and artisanal qualities and also guarantee the continuity and the growing brand awareness among connoisseurs of fine exclusive beers. The battle of Waterloo has gone down in history as the most terrible and above all decisive battle which effectively ended the Napoleonic era, and 18 June 2015 was remembered as the bicentenary of this symbolic and bloody confrontation during which 38,000 men were killed on the vast plains surrounding the village of Mont-Saint-Jean, in the villages of Waterloo, Braine l’Alleud, Plancenoit, Genappe and Lasne. A farm beer, a glass of courage Today, Waterloo beer is once again carefully brewed on Mont-Saint-Jean Farm, the site of the famous “English hospital” of the Battle of Waterloo. More than ever, this extremely high quality beer is symbolic of authenticity, craftsmanship and courage. The microbrewery is renowned for its expertise and its range of products, which is deliberately artisanal. The brewery boasts copper vats and has an annual capacity of 350,000 litres of beer. The beer is essentially made with ingredients from the Brabant region (30% wheat) and, soon, from the actual site of the battlefield. The hops alone are currently produced in Flanders (although they are growing at the farm once more). Renowned master brewers, including Willem Van Herreweghen and Edward Martin, preside over the future of this Waterloo brewery, which is truly the heart of a beautifully restored recreational and gastronomic historic space. The listed Mont-St-Jean site is a great family-friendly visitor attraction. Besides the microbrewery, this impressive Brabant farm includes an assortment of beers and local products, a unique museum dedicated to bravery (items on display include surgical instruments from the era), a tasting room above the escape tunnels, a splendid barn for holding events and a brasserie restaurant with an imposing terrace overlooking the battlefield. Waterloo: above all the victory of taste Waterloo Récolte, a faithful replica of the 1815 Battlefield beer, is brewed using 30% wheat. This farm beer is a slightly cloudy, highly enjoyable and refreshing 6% blond. Waterloo Triple Blond, a triple fermentation beer: Its taste surprises with its hint of bitterness and soft mouth feel, despite its 8% alcohol content. This beer hides its robust and lively character under a slightly fruity flavour, pleasing fine head and full-bodied taste. It is also a great accompaniment to a main course, pairing particularly well with red meat for example. Waterloo Strong Dark, a double fermentation beer: This beer is fuller-bodied than its blond sibling and has rich, spicy aromas combined with a strong, slightly caramelised taste, thanks to the roasted malts. It has a pretty dark colour and a foamy, dense head. This robust beer is perfect for celebrating moments of victory. It goes almost without saying that it works wonderfully well with cheese (especially soft cheeses) but it is also marvellous with sushi. Waterloo Strong Kriek is the new Belgian craft beer created at Mont-Saint-Jean Farm. Our master brewer has developed the perfect recipe using a top fermentation beer and an authentic cherry lambic. A unique blend, a balanced fruity taste and a strong character. Our strongest Kriek ever! Tags waterloo info@sweetglobe.be