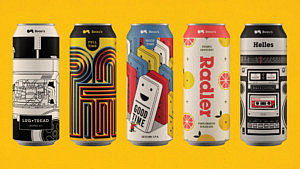 April 4, 2019 There’s little doubt about it: I.P.A. is the style of beer at the very forefront of the world of craft. From theWest Coast-style I.P.A.to the New England I.P.A. — and each creamy milkshake iteration or doubled-up hop-bomb in between — every craft brewery has at least one type of India Pale Ale among its year-round taproom offerings.

But some people may not prefer the average six percent ABV of these beers, and some occasions may call for something with a lower ABV.

When it’s done right, the session I.P.A. delivers every bit as much hop-forward flavour and aroma that one might expect when they see those three juicy letters — but at a lower alcohol by volume.

To explore the concept of “sessionability” in I.P.A. — and whether it’s achievable — we reached out to the authoritative voice on the subject,Mitch Steele. Steele is the former Brewmaster forStone Brewing Co., the largest craft brewery in Southern California, and now serves as Brewmaster and COO atNew Realm Brewing Companyin Atlanta, GA.

New Realm’sbeer listboastsa collection of I.P.A.sthat will surely have some of our (mostly Canadian) readership lookingto hop on the next flight to ATL. (This article’s author included.)

Oh, and Steele is also the author ofIPA: Brewing Techniques, Recipes and the Evolution of India Pale AleforBrewers Publications, so yeah, we went to the right source.

What is I.P.A.? If you’re reading this article, chances are you’re past the 101 level, but here’s the shortened version for a little refresher: India Pale Ale was developed in England in the 1700s and 1800s. It was shipped to India, where it was received by English and Scottish troops. What separates an I.P.A. from other types of ales and pale ales is the hops, which add bitterness and floral characteristics.

What’s a session beer? “It’s a beer that you can have more than a pint of,” says Steele, “and not feel satiated.” Essentially, you can drink a few pints and not feel too full or too inebriated. “Most people regard session beer as anything less than five percent alcohol by volume,” he adds.

Put ’em together and you get the big question of the day: What is session I.P.A.? “Typically, a regular I.P.A. falls anywhere from six-and-a-half to almost eight percent alcohol, so they would not be considered sessionable,” says Steele. “Usually, you have one pint, maybe two, and you’re done.”

“A session I.P.A. takes the session beer concept,” he adds, “but would still have all of the hop character of a stronger I.P.A. It would have all of the hop flavour — the dry-hopping rates would be at the same level — so the hop intensity and floral, citrus and fruity characters from the hops would be the same as a regular I.P.A. but you could drink a couple of pints.”

How do they brew it? According to Steele, the hardest thing about brewing a session I.P.A. is making sure that there is balance in the beer’s flavour. Fewer malts and grains are used per barrel in the process of making a lower-alcohol beer, so when brewing a session I.P.A., there’s a greater risk of a resulting beer that is too hoppy, and tastes like nothing but hops and water.

“The malt adds a bit of balance,” he says. “And so if you have less malt, you have the risk of being slanted too much toward hops and then not having a very drinkable beer.”

“If you brew a session I.P.A. and don’t use the right malts,” he says, “with the lower alcohol, you can risk the hops tasting different and risk a lack of sweetness or lack of balance in the beer.”

Brewers tend to use a wider combination of malts to enhance the malt character even though they’re not using as much of the stuff.

“And then just be careful with the hopping,” he adds, “and not overdo the dry-hopping so that it’s a one-dimensional beer, and still has some balance — that’s the goal.”

So session I.P.A. is definitely a challenge. When asked who gets it right, without hesitation, Steele points toFounders Brewing Co.’s All Day IPA.

“That’s the one that everybody looks at as the standard,” he says. Naturally, what Founders’ All Day I.P.A. exemplifies is that malt plays an important role in brewing an I.P.A. at a sessionable ABV, with the array of malts and grains in addition to its hops.

Did you know?Beau’shas a brand-new session I.P.A., Good Time. We asked ourBrewmaster, Matthew O’Harato tell us a little about it.

What does Good Time Session I.P.A. taste like? “You can expect to encounter a mix of American-style inflections from hops,” says O’Hara, “which would cover a fair amount of citrus, some pine notes, and then some other more tropical inflections, as we’re using Nelson Sauvin hops.”

The recipe also includes Centennial hops and four different types of organic wheat, oats, and barley malts to balance it out, so it’s the furthest thing from that dreaded “hop water” Mitch Steele mentioned. Be assured: Good Time is a hop-forward beer; hops take centre-stage. It’s all about the flavour and aroma experience.

“It’s a different take on recipe design,” says O’Hara. “We’re deliberately trying to draw out the experience so that if you were in the mood to, you could have a couple of pints of this and not feel too slowed down by it. Or maybe you have to get back to work but you want a flavourful pint at lunch time. This is something you could have a pint of and not feel logey afterwards.”

What’s important to note is that just because it clocks in at a lower ABV of four percent, Good Time is unquestionably a true I.P.A., with the full, satisfying hop-forward experience.

Interested in learning more about beer? Find more of my stories like this one atbeaus.ca/blog — includingSour Beer: A Primer,Brewer’s Yeast: The employee that works 24 hours a day,What is gruit ale?and more.

Try Beau’s Good Time I.P.A. at a bar or restaurant near you.