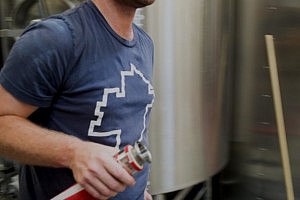 A look at what’s coming up at the pub As we move into Year Two at PEG Beer Co. we have a lot of fun events and beers coming down the pipeline.

PEG100 It’s that time of year that PEG100 Memberships are open again for purchase! This is limited to 100 members only and they will move quick. Being a PEG100 Member basically means you are part of the PEG family and get first access to some brews, discounts and a custom growler at the end of the year! PEG100 Memberships are $100 and can be purchased at the pub. The very first PEG100 First Look Exclusive beer is November 13th at 5pm for this year’s members!

New Year’s Eve beer dinner This year we are doing New Year’s Eve a bit different. We are going to be doing a set menu with beer pairing. Check back here for more information.

Experimental Series Our small batch series continues as the brewers are toying around with new recipes. You can expect to see a few new beers hitting our taps in the short future. You’ll see some old favourites returning, like the Beet Berliner Weisse, and some new beer styles the brewers have been wanting to brew since we opened.

Big batches of beer On top of the Experimental Series our brewers are working on a brewing schedule for 2018. We will see a return of last years The Iron Horse Imperial Stout sometime over the winter! You will be able to drink some new beers, including the returning Boardwalk Belgian Pale Ale and other PEG favourites.

Events at the pub Shakespeare in the Pub is starting its new season tonight! Pre-sale tickets are sold out for the first night but there will be a few tickets available at the door. We have more dates for Shakespeare in the Pub, with the next one being December 10th. Record Sundaze starts Nov 19th! Come down to the pub and enjoy a pint while flipping through some records. Freshcut Downtown will be back throughout December and January for more Beer + Botany. Find your tickets and dates to those here.

See you down at the pub!