Great Divide Brewing Company is an American brewery from Denver, Colorado,.
During the late 80s, Brian Dunn spent 5 years overseas building farms in developing countries.  Having grown up in a family that valued good food and drink, Dunn grew his knowledge and passion for beer during his travels.  Dunn eventually returned to Colorado, started homebrewing and went to graduate school.  Upon graduation in 1993, when the Denver beer scene barely existed, he set out to found what would eventually become one of America’s most decorated and celebrated craft breweries.

Beginning with a marketing study and a business plan, Dunn saw an opportunity in what would soon become Denver’s Ballpark Neighborhood to brew uniquely balanced, flavorful beers.  With financial help from family, friends and a loan from the City of Denver, his dream of brewing commercially became reality in 1994.

The brewery started small and in the beginning Dunn was the only full-time employee: brewing, bottling and selling to accounts all in the same day.  As the brewery grew, the beer spoke for itself.  Dunn’s beers were balanced, flavorful and representative of a lifestyle that is uniquely Colorado.  While Great Divide’s ethos may be globally-inspired, our beers are distinctly Denver.

Since 1994 we’ve brewed all sorts of exciting beer styles, added lots of brewing capacity and we’ve assembled a great staff.  In 2001, we bought our building – which used to be an old dairy processing plant – and set out for over a decade of exponential growth. In 2011, we realized we would soon outgrow our space and began looking for land to expand– knowing that leaving the city was not an option. 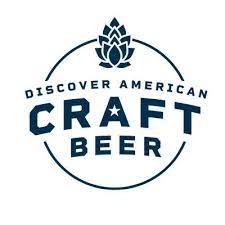 June 1, 2021June 2, 2021Great Divide Brewing Co. beers have long been available at a global level and we’re proud to be featured alongside other esteemed breweries in the Discover American Craft Beer program to help raise awareness of American craft beer in the French market. Great Divide beers have been available in France since ... Read More 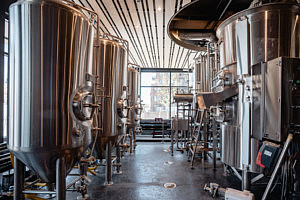 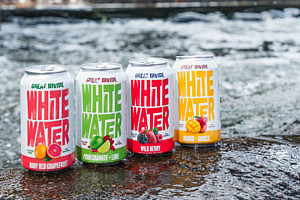 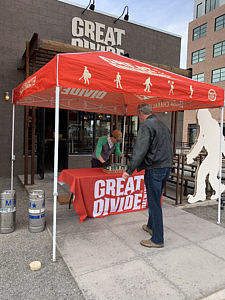 ” Although many breweries were packed with people over the weekend, others closed their doors in the interest of public health or switched to new formats in the hopes of staying in business. Hogshead Brewery, for instance, says it will roll out free Crowler delivery today, while WeldWerks Brewing in Greeley, Odd13 Brewing in Lafayette ... Read More 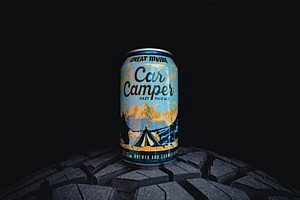 ” Colorado is known for its alleged 300 days a year of sunshine, and for its powdery snow. But what many non-residents don’t know is that we can often get both extremes within the same week, day or even hour. False summer, fake spring, flip-flop-and-snow-boots weather: Call it what you will, but it’s best to ... Read More 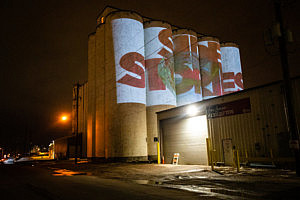 ” For the last two years, Side Stories‘ jury has selected eight artists to showcase their five-minute film loop on a pre-selected wall in RiNo.This year, the jury received more than 70 artist submissions, which is about the same as last year’s event. A few artists like Daniel Fickle and Natalie Einterz applied and made ... Read More 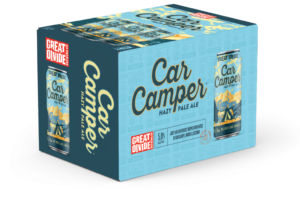 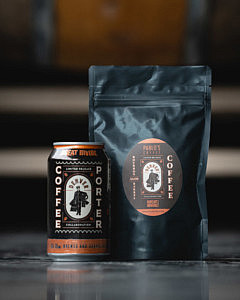 ” DENVER – Two Denver businesses with roots stretching back to the mid-90s have teamed up to explore how their two crafts can interact. The result is Great Divide Brewing Co.’s latest Tank Farm release, Coffee Porter, brewed with barrel aged beans from Pablo’s Coffee. “We’ve utilized Pablo’s beans for our beers and our coffee makers here at Great Divide for ... Read More 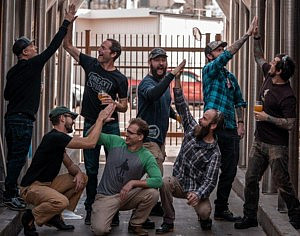 ” Brian Dunn and Dave Thibodeau have been attending the Big Beers, Belgians and Barleywines Festival for many years, and over that time the two brewery owners have learned that it’s “a silly idea” to spend a full three days drinking high-alcohol beers at high altitudes. The three-day fest, which kicks off Thursday, January 9, in Breckenridge, ... Read More 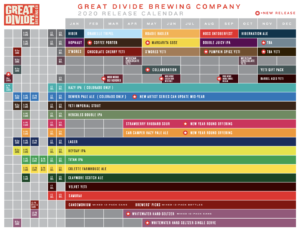 ” DENVER – The future is bright for Great Divide Brewing Company in 2020 and the brewery’s release calendar emphasizes a commitment to innovation and beer with bold character. “I am particularly excited about our collaboration with Pablo’s Coffee,” related Marketing Manager, Matt Sandy. “Though it sounds simple on the surface, this is one of the ... Read More 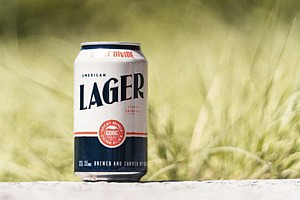 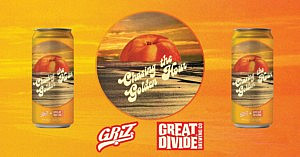 July 9, 2018July 11, 2018 ” DENVER – For the second year in a row, Great Divide Brewing Company is creating a beer with chart-topping musician GRiZ. This year, Chasing The Golden Hour will be available for purchase at GRiZ’s sold-out shows at Red Rocks on July 13th and July 14th for the first time. “We ... Read More 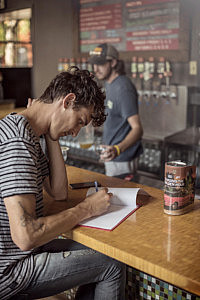 July 5, 2018July 6, 2018 Great Divide Brewing Teams Up Again with DJ and Producer GRiZ for Collaboration Beer Chasing The Golden Hour Ale, a peach saison, will be offered at his Red Rocks shows, Great Divide and Denver music venues DENVER – July 5, 2018 – For the second year in a row, Great ... Read More 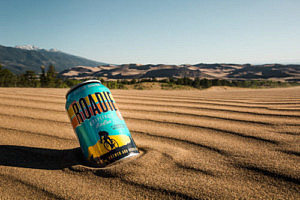 July 3, 2018 “The people of Denver and Colorado live outside this time of year and they are looking for a beer that bursts with flavor but won’t knock them out in the heat. Drive by any park or head up to any hiking trail in the mountains and it’s going to be filled to ... Read More 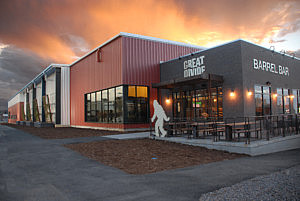 July 3, 2018 “Here in Denver, there is no shortage of concrete paradises for the people to hang out and relax in the sun. Every neighborhood has a multitude of patios, big and small, quiet and bustling. We’ve rounded up a pretty good list of patios, organized into categories. It’s insane how many there are. ... Read More 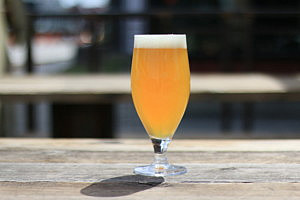 July 3, 2018July 5, 2018 ” DENVER — Great Divide Brewing Company is excited to announce Hazy IPA will be available in cans in limited quantities starting this July throughout the Denver Metro area. Hazy IPA, which was originally released as a draft-only beer in July 2017, is a cloudy IPA with a juicy mix of ... Read More 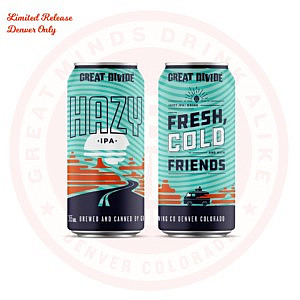 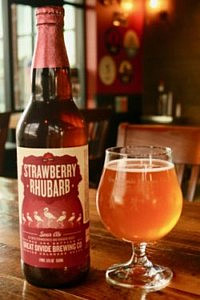 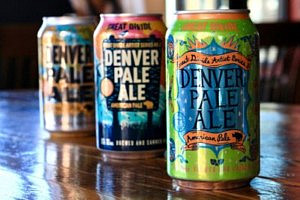 June 28, 2018July 3, 2018 “Great Divide Brewing Co. is out with a new label for its Denver Pale Ale as illustrator Rachel Jablonski takes the torch from John Vogl for the third iteration of the brewery’s Artist Series. Featuring a man relaxing on a hammock as he sips a beer with an eye toward the city and ... Read More