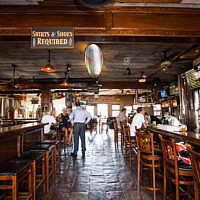 Our beer is brewed only using the Bavarian Purity Law of 1516 known in German as “Reinheitsgebot.” That law states that beer may only contain three ingredients: barley, hops and water unlike the major breweries, which use rice and preservatives. We have competed in the largest beer festival in the world, “The Great American Beer Festival.”