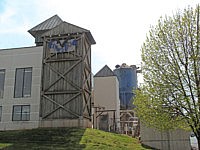 Flying Dog Brewery is an American brewery from Frederick, Maryland. Nobody had ever connected the words “flying” and “dog” together…until 1983, when George Stranahan was itching for an adventure.

This time it would be K2, also known as the “Savage Mountain,” the second highest mountain in the world and one of the most deadly. For every four people who have reached the summit, one has died trying. And it has never been climbed in the winter.

After traveling 8,000 miles from Woody Creek, Colorado, George and his band of 12 “Innocents” set off from Rawalpindi, Pakistan (or “Pindi” as everyone called it) for the summit of K2 with a Sherpa and a mule loaded with provisions.

Ignoring the fear, George and the Innocents trekked across the Baltoro Glacier and the Braldu Gorge. Reinhold Messner, the world’s greatest mountain climber, said the Braldu Gorge was the “most dangerous thing [he] had ever done in his life.” According to George, the largest disaster he and the Innocents faced was that “on day 17 of a 35-day trip, we totally ran out of booze.”

Back in Pindi at the Hotel Flashman, George and the Innocents were triumphant but in a dry state of mind. After getting on the “alcohol list” of this Muslim nation, they settled in to drink their quota. Then, their eyes caught sight of a large painting.

As George describes it, “It was a full-on oil painting of a dog. A beautiful oil painting, big, nice. And the dog was like…well, he had left the ground. Here we were, the March of the Innocents and this ‘Flying Dog,’ and the weirdness of it all. And the combination of the words ‘Flying Dog’ stuck with all of us, but particularly for me. They fit together in some way. I don’t know how it makes sense, but it makes sense.”

In 1990, George founded the Flying Dog Brewpub in Aspen, Colorado. From that brewpub to a full-fledged Denver brewery (co-founded by George and his longtime friend and partner, Richard McIntyre) in 1994, and then to our current state-of-the-art brewing facility in Frederick, Maryland, Flying Dog continues to make sense. 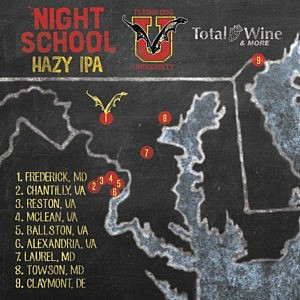 Aug 20 Flying Dog University Presents: Night School We believe that a true appreciation for craft beer requires insatiable curiosity. Whether you’re brewing it or drinking it, a continued education is the surest way to enrich your craft beer journey. This is the philosophy that compelled us to create Flying Dog University, and it’s the ... Read More 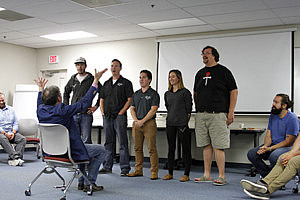 Jul 31 Yes, And… Last week, we invited all of our sales and marketing mutts to an off-site summit of sorts. After receiving a vaguely-titled “Sales And Marketing Training” calendar invite, most of us were expecting a day featuring coffee, baked goods, and some of Ben Savage’s greatest PowerPoint hits. Imagine our surprise when a ... Read More

Jul 9 One time, she punched me in the face. It was awesome. “Why are you so obsessed with me?” – Hops When it comes to hop exploration, we don’t really have what some would refer to as “self-restraint.” It’s a projection-room-above-the-auditorium level fixation. Our Alpha Initiative series has led us so far down the ... Read More 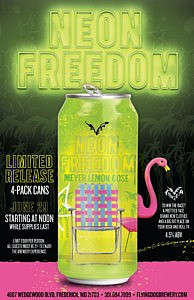 Jun 22 – All We Have To Do Now Heaven knows that Brian was just a young boy, and he didn’t know what he wanted to be. He was every little hungry schoolgirl’s pride and joy, and I guess that was enough for me. And heaven knows that Erin had some fun, boy, what a ... Read More 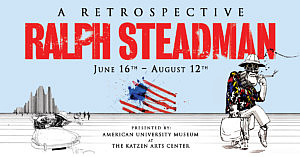 Jun 6 Ralph Steadman is Coming to America Ralph Steadman is one of the most influential artists of the last 50 years. But we don’t have to tell you that. Beginning June 16, the Katzen Arts Center (on AU’s campus in DC) will have 108 original works by Ralph, taking you on a journey through his ... Read More 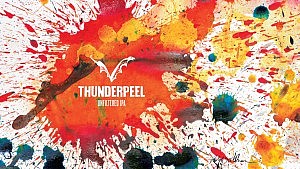 May 14 God of Thunder(peel) and Rock and Roll Influence. It’s the reason your mom cared so much about which friends you hung out with after school. It’s allowed people of average talent to make a living on Instagram. It’s also the reason your favorite music sounds the way it does. Garth Brooks learned how ... Read More

May 10 Summer Sessions 2018 July 1: Langhorne Slim and The Lost At Last Band July 31: Dan Deacon Check back here on Friday, May 18 at 10 am for link to tickets.  Previous Post← A Boy and His Beer (and Calculator) Next Post Share: ... Read More 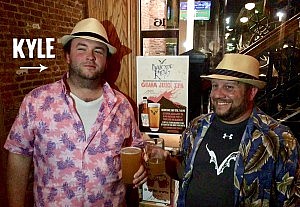 May 10 A Boy and His Beer (and Calculator) Guava Juice IPA — our latest Brewhouse Rarities release — has a big, bright tropical fruit aroma from fresh guava juice and the juicy fruit profile of Citra, Mosaic and Galaxy hops.  It was pitched by our Director of Sales Intel and Fulfillment, Kyle Chittim, with ... Read More 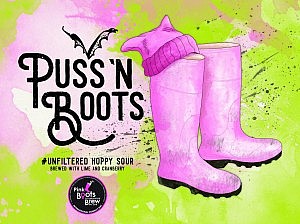 Apr 17 Bitches Be Brewing Fueled by Skinny Pop, Mariah Carey deep cuts, and just a hint of resentment, the women of Flying Dog conceived a new beer for Pink Boots Collaboration Brew Day, which just so happened to also be International Women’s Day. This year’s theme was “Freestyle,” but Cardi B was busy…so we went ... Read More 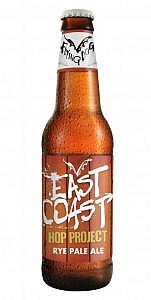 Apr 2 The Mecca of [Hip] Hop There are certain areas of the world — notably the Pacific Northwest, Germany and New Zealand — that are known for producing the types of hops that make your mouth water and your face melt. Often, the East Coast isn’t on that list. Until now.  Introducing the East Coast Hop ... Read More 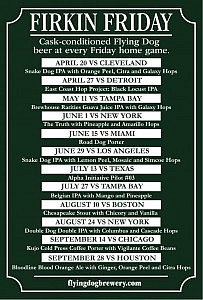 Mar 28 All Things O’s Join our flock. What brings us together, as brethren of good beer, is a bitterness that runs through our veins. And from those veins, WE BLEED ORANGE. Baltimore, here’s where Bloodline will be on special during every O’s game all season long: Charles Village Pub (Towson location only)  Corner Stable ... Read More Mar 6 Notes from the Field This past summer, we inked a partnership with the University of Maryland to work hand-in-hand on the future of beer-centric agriculture. To start, the focus is on hops. Knowing that hops grown locally need to meet the same quality standards achieved in traditional hop-growing regions — like the Pacific ... Read More 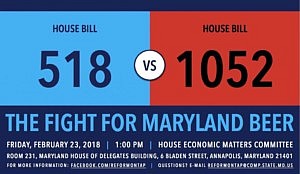 Feb 23 Reform is (Hopefully) on Tap This afternoon, two bills that will inexplicably affect the future of craft beer in Maryland will be heard by the state’s House Economic Matters Committee: House Bill 518 and House Bill 1052. Here is a statement from Ben Savage, our chief marketing officer and former president of the ... Read More 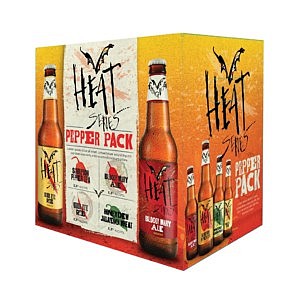 Feb 21 We Fell Into A Burning Ring of Fire We’re going to take our talents to South Beach and join The Heat. From fruity spice to four-alarm fire, our hotheaded Brewmaster Ben Clark presents four new releases exclusive to our 2018 Heat Series Pepper Pack: Honeydew Jalapeño Wheat, 5.5% ABV Finally, someone found a use ... Read More 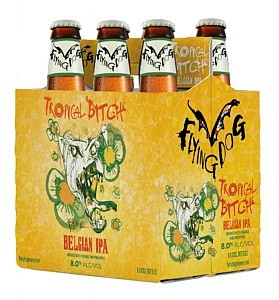 Feb 8 Tropic Thunder For years, she’s gone walking. When she passes, she lures you in. And time after glorious time, she never disappoints. Tall and tan and young and lovely. You smile. With a swing so cool and a sway so gentle, you’ll give your heart gladly.  Bright pineapple with a pop of bubblegum. ... Read More 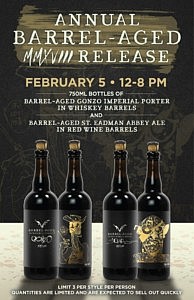 Jan 30 A Barrel-Aged Homage to the Greats Three months in whiskey barrels from A. Smith Bowman Distillery of Fredericksburg, Virginia infuses our Gonzo Imperial Porter with vanilla notes from the oak and soft whiskey warmth, adding layers of complexity to its already-robust chocolate, coffee and roast character. It’s released only once a year. And ... Read More 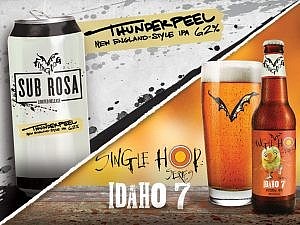 Oct 2 The Tag Team Champions of the World The Bushwhackers? The British Bulldogs? The Road Warriors? While all iconic, none of these duos could hope to take on the one-two punch of our newest releases, Idaho 7 Single Hop Imperial IPA and Thunderpeel New England IPA. Let’s break down the stats: IDAHO 7  Like the name ... Read More 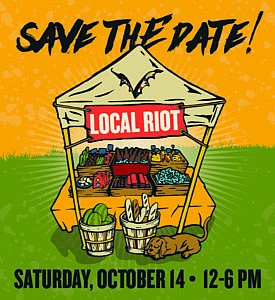 Sep 26 It’s Gonna Be A Riot The movement to support local creativity continues with our annual Local RIOT on Saturday, October 14, at the brewery. It’s free and open to those 21 and up and it’s also dog friendly (and that pesky age limit doesn’t apply to our four-legged friends). In addition to your ... Read More 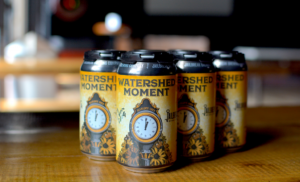 Sep 21 Watershed Moment: The Re-Release In the summer of 2016, flooding devastated our neighbors in Ellicott City – a haven for artisans and independent businesses. Alongside the good people at Jailbreak Brewing Company, we released Watershed Moment Belgian IPA with 100% of profits benefitting flood relief in Ellitcott City. One year later, the work ... Read More